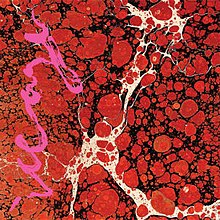 Iceage are a Danish punk band, from the capital, Copenhagen.  They’ve been around for a long time, forming when they were still teenagers in 2008.  I came across them thanks to the Instagram feed of the Norwegian pop/punk band, Sløtface. I don’t know if I’d call this punk, but, then again, I have never really liked the idea of music categories.  Whatever.  Doesn’t matter.  Iceage sound bratty and snotty, both musically and in terms of lyrics and delivery.  And they write catchy as fuck songs.

Iceage aren’t exactly unknowns, they’ve been signed to Matador, the premier indie label in the US, since 2012.  And the first single from Beyondless was hyped by the Drunken Hipsters (Pitchfork, for the uninformed) as their single of the week.  So those in the know have always been in the know, it seems.

Beyondless is a wonderful album.  This is a big album, compared to the band’s earlier discography.  Frontman Elias Bender Rønnenfelt has always had a sharp eye for social criticism.  And whereas the earlier albums were lean and taught, here, Iceage brings the noise, so to speak.  The music churns and comes in crescendos.  There are touches such as pianos and horns.

But, most importantly, the songs are killer.  They’re moody and hard-hitting.  My personal favourite is the penultimate track, ‘Showtime,’ a moody, pulsing track.  Rønnenfelt’s lyrics travel around the audience before a play, culminating in what appears to be the suicide of the actor on stage.  A typical punk thing, right?  I can hear the complaints of the indie kids and the punks who aren’t going to be so happy with U2-ish riffs, horns and strings, and pianos.  They might not like the slower songs, the more developed lyrics, the carefully constructed songs.  I could care less. I like this.