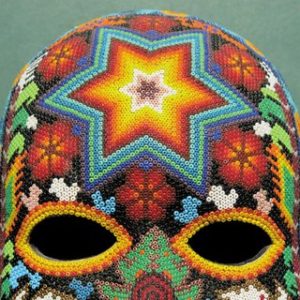 It seems as if Dead Can Dance have been doing this forever.  They actually kind of have.  Originally formed in Melbourne, Australia in 1981, Lisa Gerrard and Brendan Perry decamped for London the following year.  They did break up in 1998, though they reformed for a one-off in 2005 and for good in 2011.  Dionysus is their ninth long-player and first since 2012.  Gerrard and Perry gained fame with mesmerizing soundscapes of African, Celtic, Middle Eastern, and Asian sounds over top dance beats.  Never music for the crazed nights at the clubs, they were the pre-party, at home with friends before going out, or they were the music you put on at 4am when you got in.  As we’ve all aged, those nights have ended, of course, and now, well, I find myself coming back to Dionysus at all hours of the day.  It’s not exactly chill music, but it’s not exactly rave music.

Dionysus finds our ageing veterans in fine form.  Dioynsus is the culmination of two long years of researching and recording and is centred on the Greek god of both fertility and wine & pleasure.  Dionysus was a complicated god, as all the Greeks gods were, I suppose.  His role as the god of fertility meant that he was central to the harvest and his role as the god of wine and pleasure means he was also central to letting go and hedonism.  The album reflects these two sides of the god, divided as it into two acts, seven tracks, or movements.  Three movements make up Act I, or Side 1 on vinyl, and the final four tracks are Act II.

To call Dead Can Dance ambitious is an understatement and Dionysus might be their most ambitious yet in the layered, textured collection of sounds here.  Exploring European folk traditions and the limits of language over a complex sound of Middle Eastern, Latin American, and European textures, the album finds more of Perry’s voice than Gerrard, who seems content to respond to his voice.

What has always struck me as impressive about Dead Can Dance is that they have always managed to sound profound and pleasurable at all times through their long history, and never crossed over into Enya territory of easy listening schmaltz.