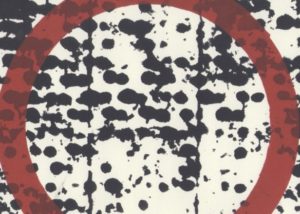 I’ve been digging on Container now for a few years, Ren Schofield, the man behind the name, makes some immediate, in-your-face, pounding electronic music. Schofield is from Providence, RI, but has spent a long time in Nashville, which makes me just like him more. Nashville has a burgeoning, exploding music scene, as anyone can tell you.  But Nashville’s music scene is more attuned to country and roots rock, not techno. There is, of course, a thriving scene in the city, but it’s underground.  Way underground.

Schofield is getting clever with LP. This was also the title of his last release, in 2015.  It was brilliant, by the way.  Reviews of that album talked about moshpits and hard-rocking beats, like I was reading reviews of the Crystal Method c. 1997.  That does Schofield a disservice.  He is most certainly not the second coming of the Chrystal Method, nor even of the Chemical Brothers.  He is something else entirely.

On 2018’s LP, he ratchets it back just a tiny bit.  There is more melody overtop of the fuzzed out, syncopated beats.  The distortion remains just as heavy.  On some tracks, though, like ‘Peppered,’ he even slows things down a bit to give us a bouncy, loopy and even trippy beat, over which the distorted noises skitter and dance.  But, for the most part, it is the same unrelenting battering.

Container are best listened to either at the kind of volume that will lead to the police knocking on your door, or else on good headphones, the kind that make the drums and bass vibrate through your head.