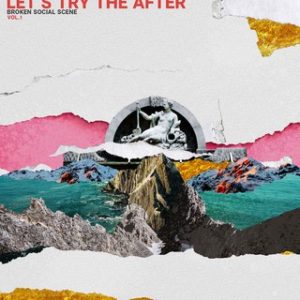 Broken Social Scene burst onto the, ahem, scene away back in 2001 with their astonishing début, Feel Good Lost.  But it was their follow-up, 2002’s You Forgot It In People that established their street cred.  Arising out of Toronto’s indie scene, BSS centres around Kevin Drew and Brandon Canning and has included stalwarts of the indie scene of Canada as a whole, and even some Americans.  At various times, BSS has included Leslie Feist; Stars’ Torquil Campbell, Evan Cranley and Amy Millan; Metric’s Emily Haines and James Shaw; Do Make Say Think’s Ohad Benchetrit and Charles Spearin; Tortoist/Sea and Cake’s John McEntire, amongst others.

There is no real way to describe BSS’s music, though their music is unmistakeable.  I read a review of a live show once that called them ‘baroque.’  I don’t think I would disagree.  They have become legends and darlings of the indie scene.

This is not, however, to say, that they’re always great.  What they are is always creative, messy, and complicated.  The last song on their 2005 masterpiece, Broken Social Scene, ‘It’s All Gonna Break,’ is an epic tale of betrayal, sex between exes and friends, and the like.  Really, I have no idea if it has anything to do with the band, but, given this was their last album until 2010’s Forgiveness Rock Record, plus the title of said 2010 album, well, it’s easy to speculate. (‘It’s All Gonna Break’ is also, I might add, one of the most epically amazing songs live).

Anyway. Let’s Try the After.  BSS have a habit of following up their proper albums with short players and this follows 2017’s challenging and rewarding Hug of Thunder, their first album since Forgiveness.  Usually these ep’s draw a line under the album and sketch out newer ideas.  Having said that it’s not like their sound changes drastically, though BSS have become increasingly disciplined and streamlined in the past 15 years or so.

So here we have five tracks that last 20 minutes, though ‘The Sweet Sea’ is really only a 48 second introduction.  ‘Boyfriends’ draws on all of BSS’s glories, from building musical tensions, weird and left-field breakdowns, and guitars and pianos.  It’s odd, but in the hands of many bands, these kinds of epic songs would fall flat on their face.  But, somehow, BSS are skilled enough, in tune enough, I don’t know quite what enough to do this.  ‘1972’ sees Ariel Engle, a new addition to the fold, give us more familiarity of Stevie Nicks-esque vocals over a basic drums, guitars, bass set up. It’s a beautiful song.  But for my money, the last track, ‘All I Want’ is where it’s at. A mesmerizing loop of synths and drums, combined with the mellow vocals of Andrew Whiteman, who was the founder of Toronto’s legendary Bourbon Tabernacle Choir and, it just so happens to be, Ariel Engle’s husband.  And so we come full circle.