Over New Year’s, we gathered with friends, decompressed, and tried to be optimistic.  We started referring to 2017 as a dumpster fire.  That dumpster fire followed 2016’s tire fire.  It’s been a rough couple of years, starting with the elephant in the room.  And ending with that same elephant.  We lost a lot of musicians in 2017, too.  From Chris Cornell to Chester Bennington, we also lost Chuck Berry, the rapper Prodigy, Glen Campbell, Gregg Allman, Malcolm Young, Fats Domino, and Tom Petty. And, Canada lost its de facto poet laureate, Tragically Hip frontman Gord Downie.  For a good Canadian lad like myself, losing Downie hurts.  And I hadn’t got over losing my hometown boy Leonard Cohen in 2016.

But, in all of this, 2017 left behind some great music.  This is Part I of my completely subjective list of great 2017 music, though it also includes some 2016 music because I didn’t come across it until 2017.  This list is also in no particular order. 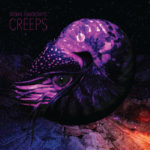 A stoner rock duo from Brampton, Ontario, Indian Handcraft’s 2012 album, Civil Disobedience for Losers, has remained on constant play around here for the past 5 years.  Creeps continues on their formula of heavy, sludgy, melodic heavy stoner rock.  Highly recommended. 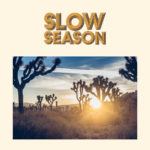 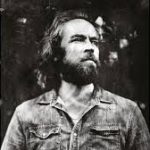 Garwood is a British guitarist extraordinaire.  He’s been around for approximately forever, he’s played with The Orb, amongst others. I first came across him a few years back when he cut an album with Mark Lanegan, Black Pudding.  Ashes is an old school British blues album, laid back and brilliant. 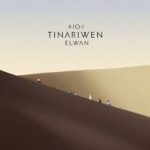 Tinariwen is a collection of Toureg musicians (and warriors) from the Malian Sahara.  They are nothing short of brilliant.  Between the acoustic beats, the droning vocals (sang by an ageing and seemingly increasingly saddened Ibrahim Ig Alhabib, the band leader and lead guitarist), and the swirling guitars, I just get lost in the music.  I’ve always likened Tinariwen’s guitars and desert blues to Dire Straits’ début album, same kind of endless swirling guitars.  Elwan is not, for me anyway, the brilliance of their 2014 album, Emaar, but they remain the leading light of desert blues. 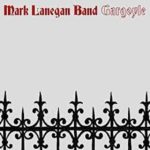 To be honest, Mark Lanegan could drawl out the phone book to music and I’d call it brilliant, so I’m probably not the most reliable critic on this front.  Gargoyle is more of the same dark music for dark times. Perfect for late nights, especially in the country where nothing but the creatures that go bump in the night are moving. 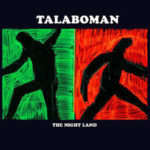 Talaboman is a collaboration between one guy in Barcelona (John Talabot) and one guy in Stockholm (Axel Boman), and their electro-dance music is a reflection of the clash between the two cities’ cultures and stereotypes.  The Night Land is night-time music, or just general chill music. Fantastic beats. 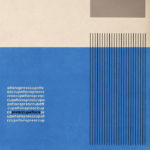 OK, so this came out sometime in 2016. I don’t care.  I listened the hell out of this one, especially on my epic road trip last spring from Southeastern Tennessee to Vancouver via New Mexico (and back, though the northern route through Nebraska, my god, those skies).  Preoccupations are a Calgary band, formerly known as Viet Cong.  But they changed their name and matured.  This might be the greatest Canadian album of the past decade.  Moody, post-punk darkness (for these dark times).  Track 4, ‘Memory,’ is epic.  A song that frontman Matt Flegel says is about watching someone slowly lose their mind, it also features a bridge sung by Operators/Wolf Parade’s Dan Boeckner. 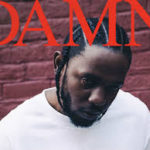 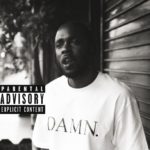 Lamar is brilliant.  I have come around to this view in the past couple of years, after first thinking he was over-rated and unlistenable, based on his breakthrough To Pimp a Butterfly.  But DAMN and its inverse (the collector’s edition) proves that not only is he on top of his game as a rapper, but also as a beat maker and producer.  That he makes U2 sound decent in hip hop is also a note in his favour, even if he is playing us with the inverse order collector’s edition. 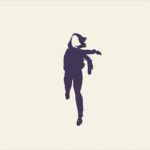 Ride were my favourite shoegaze band, bar none. They were the loudest, the most adventurous of the era. And then their egos got in the way and co-frontman Andy Bell tarnished his legacy by becoming the bassist of the most over-rated band of the 90s and 00s, Oasis. But Ride buried the hatchets, got back together and grew up.  And yet, they still sound as vital and loud as ever, even if they’ve learned to write songs that fit popular precepts. 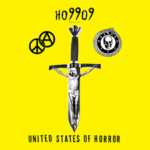 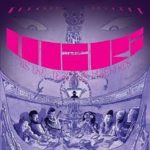 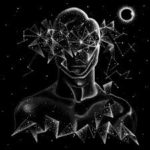 Shabazz Palaces, Quazarz: Born on a Gangster Star and Quazarz vs. the Jealous Machines (Sub Pop)

For my money, no hip hop artist is pushing the boundaries and redefining the genre quite like Shabazz Palaces. Between the liquified beats, abstract music, and political consciousness of the lyrics, this is the soundtrack to our dystopic times. 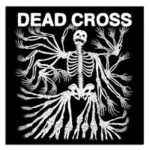 A punk/hardcore supergroup, Dead Cross is comprised of members of Slayers, the Fantomas, Retox, the Headwound, and others). But, as brilliant as the musicians are, this is Mike Patton’s band.  Patton is, of course, the lunatic frontman of Faith No More and Mr. Bungle.  Patton shrieks, moans, screams, and sings (sort of) across hard core beats and guitars.  Without him, Dead Cross would be generic.  Also, they manage to cover Bauhaus’ brilliant and un-coverable ‘Bela Lugosi’s Dead’ without ruining it.  In fact, the cover is amazing.