To Nicole, my Cat

To Nicole, my Cat

Rest with those whose troubles gave
Delight and life to those who loved them.
Your grace was beyond mine. Mine
Beyond yours. That’s what lovers are made of.
Come back in the night, walk lightly on the ledges.
Cry forever over your needs. Scratch
the best furniture of Heaven. After supper
Curl purring on the laps of the gods.
Intercede with them when we need to learn
About giving and taking, about being less human.

Note #1: George Kearns, a poet, literary critic, and scholar, was the beloved colleague of several of us who taught with him at Rutgers. He was an independent thinker, an ardent but never strident defender of human rights, and a conservative in the grand old tradition that may have gone extinct about the time he died, back in 2010. He taught at least one of us to be more, not less, human, but did so again and again, in Deleuze’s trope, by “becoming cat”—droll, quietly and scathingly critical, and effortlessly at home in the world.–John McClure

Note #2:  He was such a strange dude. He shows up, unbidden, at my Highland Park house one day with a load of books by and about Ezra Pound–I still have them–and demands to discuss the Cantos, or rather to justify them.

I had never met him before, He seemed to be permanently crouched, ready for combat.

I say “George, talk to Alec [Marsh] about this, I know Yeats but not Pound.” He doesn’t care, he just lectures me for an hour or so. I offer him a beer. He’s not interested. He proceeds to exhaust me. Then he says, “Well I gotta go, nice meeting you.”

As I said, that pile of books is still with me.–James Livingston 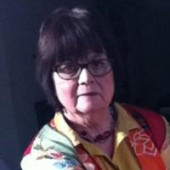