Why I Didn’t Report

Why I didn’t report.
Why I wish I did.
Why I would testify… if I saw my attacker was nominated as a Supreme Court Justice.
Rutgers University 2001
It was my senior year and I lived off campus with two other roommates. We weren’t huge party people, all of us got good grades and went on to graduate and have solid careers. (Not that any of that really matters to the story.) Our favorite local bar was one block away, so we would walk down for drinks on weekend nights and sometimes for Happy Hour. I turned 21 that year, so drinking at a bar felt cool and fun, though our favorite part was the jukebox. Weezer, The Cars, Barry White, Stevie Wonder…we sang our hearts out.
Quickly we earned status as “regulars” and got to know some of the bartenders. One in particular was older than us, probably pushing 40, stood out because he was so friendly and often gave us drinks for free after we had paid for one or two. I don’t remember his name, but I still remember his face.
One night, my roommate headed home early. I told her I’d be fine…it was only a one block walk. After she left, the bartender started talking to me more and more. It didn’t take long for me to have a few too many free drinks. I knew it was time to go. The bar was crowded, and it was late. Just as I stood up to leave, the bartender asked me if I had any tattoos. I told him one and he asked to see it. It was on my shoulder, so I pulled my collar down a bit to the side to show him. I tried to say goodbye then, but asked me to hang on a second. He came out from behind the bar and asked me if I could hold the door to the back open for a minute so he could get a box he needed. I said sure.
What happened next went so fast. I held the door. He brushed by me, grabbed my shirt and pulled me into the back, saying something about wanting a closer look at my tattoo. The door shut behind us, and I started to panic. He tried to pull my shirt off, and I screamed. The music and noise was so loud, but he put his hand over my mouth anyway and said, “I’m sorry, relax. I just want to show you mine.” He was smiling. I said no, I have to go, let me out. I tried to pull away and looked back to see he that had reached down with his other hand and exposed himself. “I have more to show you and a mattress upstairs,” he said.
That night, I was one of the lucky ones. I was sober and strong enough to shove him down and run out of there.
Who knows how many other women he assaulted at that bar over the years. I guess I was so relieved to escape that it never crossed my mind to call the police or even tell my roommate. I just stopped going to that bar and kept my eyes down, the few times I did go.
Now…17 years later this story needs to be told. How much harder would this story have been for me to tell if that bartender had had his way with me? Would I want my friends and family to hear the details of what he did to me?
I don’t claim to know the truth of any situation but my own, except to say, stories like these are not far-fetched…they happen every single day. They may not all get reported, but sometimes a woman is brave enough to tell her story and when she does, we should listen.
***
Photo Credit: Matthew Friedman ©2018 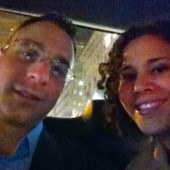