But more on that later.

After the first two days of picketing, I was sunburned but energized by the past two days’ showing: over 1,000 graduate workers signed into our picket on the first day, with large enough turnout on the following (rainy) day to maintain pickets on the east and west entrances to Columbia’s Morningside campus.

I’m a graduate student in environmental science, and my pay and future career prospects are tied to my research. As such I was excited for the next picket at Columbia University’s Medical Center (CUMC). Over half our unit comprises research assistants (RAs), distinguishing our fight as grad workers from previously successful organizing campaigns at other private universities like NYU where their unit comprises teaching assistants (TAs) and instructors.

Columbia appears intent on stoking divisions between RAs and TAs, when really what we’re fighting for—adequate pay, healthcare, and recourse for harassment—cross the lines of the labor we contribute. Some of their talking points included that RA pay could be brought down to bring pay up in other departments, that faculty may be forced to hire fewer students, and other ahistorical fallacies.

This is why the CUMC picket was so exciting: over 400 of our 3,000+ member unit are workers on the medical campus, and this was a real opportunity to build solidarity across departments. But in a final-hour move, Columbia threatened to sue the United Auto Workers (UAW), our union, for picketing outside of a healthcare facility. We chose the Hammer building for picketing specifically because it’s not a healthcare institution, including instead libraries, labs and classrooms. Notably our local (UAW 2110) has picketed there in the past without challenge.

Organizers worked through the evening to move our picket back to the Morningside campus to avert legal challenges, which Columbia has repeatedly expressed its desire to pursue. Because of the organizers’ quick pivot, many picketers turned out at Morningside in anger, with a substantial portion of attendees from CUMC and Jerome Green (Columbia’s new Manhattanville campus). It was a powerful showing across academic departments—an essential rebuke to Columbia’s divisive rhetoric—that paved the way forward for growing, unified action from both RAs and TAs.

At today’s rally, the grad workers who spoke included Dan Iascone (PhD candidate in neuroscience), Trevor Hull (PhD candidate in chemistry), Daniel Cole (master’s student in computer science) and myself. For scientists who spend much of their time isolated in a lab setting, I think we held our own in rallying fellow grad workers. I doubt there’s any argument Dan Iascone’s speech was a highlight in directing righteous anger from our crowd toward Columbia’s refusal to negotiate a contract. Trevor is an effective organizer and speaker, leading with empathy and humor. In this case he used his time to focus on sexual harassment which has been a pervasive problem at Columbia (and across academia). Dan Cole described his work as a unionized technician at Columbia, and how as a student his work is exactly the same, countering Columbia’s stance that as students our experience contributes to our training and precludes labor. My speech focused on how a contract would benefit STEM departments because a binding, transparent grievance procedure could offer recourse through an avenue that’s not funded by Columbia, like Title IX. STEM is known for struggling to include minority groups and women, and it’s striking Columbia won’t acknowledge the benefit this grievance procedure would provide in supporting students who disproportionately face harassment.

We were supported by Deborah Glick (New York State Assemblywoman), Anthony Gronowicz (Executive Council for PSC-CUNY representing adjuncts) and Michael Ashby (Vice President of SEIU Local 1199, healthcare workers on our campus). Glick spoke to the need for a safe workplace, free from harassment, discrimination and assault. Gronowicz described the need for contingent faculty like graduate students and adjuncts, who bear the lion’s share of academic labor in conducting research and teaching, to join together and keep fighting for adequate working conditions. Ashby described the present University administration’s egregious union-busting that extends well beyond the scope of the graduate workers’ union. He explained how their unit has been waiting to bargain for 32 potential negotiating sessions, and that they too planned to strike on May 14 if Columbia stalled further. The solidarity was tangible—described by one UAW staffer as “thick enough to cut with a knife”—and the strike rallies are opening conversations about coordinating future actions with other unions on campus.

Beyond our fellow workers, we also received support from several politicians. During the rally, we learned the Irish President Higgins met with our bargaining committee before entering Low Library to speak at Columbia’s prestigious World Leaders Forum. He expressed his support for our work and mentioned our strike in his speech before a room full of diplomats. He was joined by NYC Mayor Bill de Blasio and NY gubernatorial candidate Cynthia Nixon in speaking out in favor of our union.

When working New Yorkers stand together, our entire city does better. It’s past time for Columbia University to come to the table. #CUBargainNowhttps://t.co/LXqhFFhzyT

I stand with Columbia University’s graduate students on strike today. The students voted overwhelmingly to unionize nearly a year and a half ago.

It’s past time to recognize the union. Solidarity. #CUonStrike https://t.co/v6aIocxg7J

Regardless of top-down support, today marked a shift in the militancy of our protest. As graduate students in the USA, most of us have never experienced a strike, let alone organized for one. We honed our skills in maintaining the integrity of our picket line and intercepting deliveries from unionized workers who stand in solidarity with us. Several graduate workers circulated a petition to extend our strike to the end of the semester, that within 24 hours garnered more than 500 signatures from graduate workers and supporters. We chanted, “I want fucking dental” at the top of our lungs while Ireland’s President was speaking less than a football field away.

I was grateful and proud to stand together with my colleagues, and I look forward to building on this momentum with them until we get our contract. 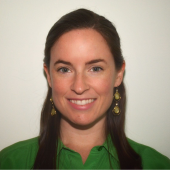