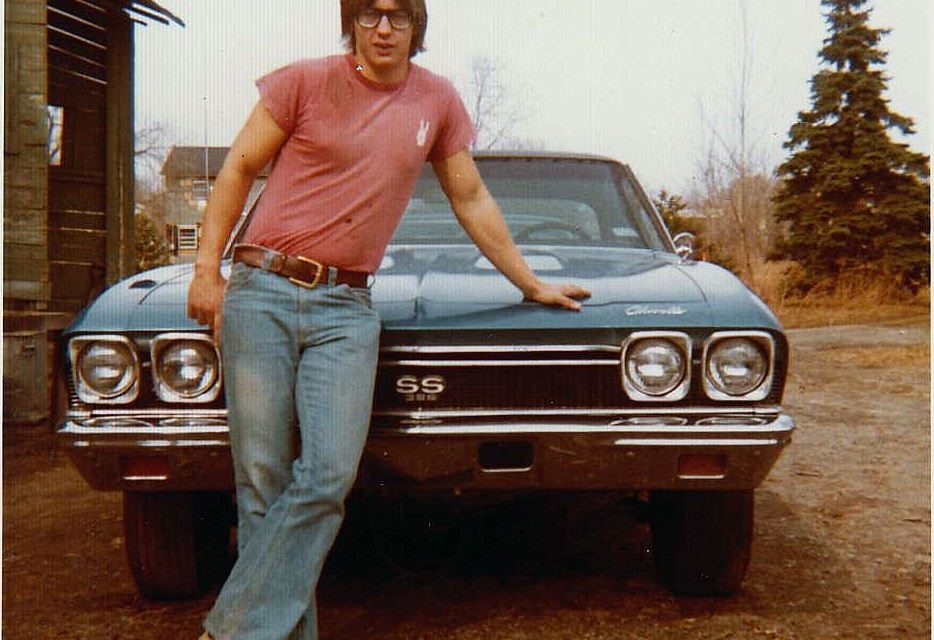 Cars are vehicles of memory. This inaugural installment of “Car Poems” features two poems by Joe Amato, written roughly forty years apart. Amato considers the gifts that others passed on to him by means of cars, and ponders the future of such transmissions.

A place for unfinished things c. 1974

If looks could kill that day
would have killed me. It was cold out our
refrigerator was half empty and as full
as it had been in months and
my fingers were numb. The garbage can
was singed around the outside my
fingers were numb and nearly black
from the grease and flames and
hunger was setting in and
my ratchet lay in the snow colder
than my fingers and I
began to wonder where I was I thought

I thought I was downstairs out back out fucking
around with my brother and a few friends trying
out of sheer necessity to fix things in this eleventh
hour of the weekend. I had no idea what to do
next and my father came down to
give me a hand he wasn’t a mechanic we
needed the car the next day it was out of
sheer necessity and suddenly
I knew where I was I was

Today the vibe’s an eleven-year-old
Vibe, smack at the average age
of US wheels on the road
courtesy of that six-year-defunct maker
of original muscle. Cool car
that needs little work and better still
little gas. Wouldn’t take a wrench to it
because I wouldn’t know how
lacking this new millennium’s
automated know-how
but had to spring for new paint
because of some kind of birth
defect in the fire red finish
and so the Maaco guys
and gals gave it a good
going-over, such artifice
for which a backyard might once
have sufficed, never mind
a father’s talent
for showing his sons
amid the VOCs and spills
how it’s done.

What to do with all the tools
of the trade that never really was
mine, I wonder now as the open road
begins to close, in whose hands
in whose hands
shall such handiwork be tested, or be
put to rest?