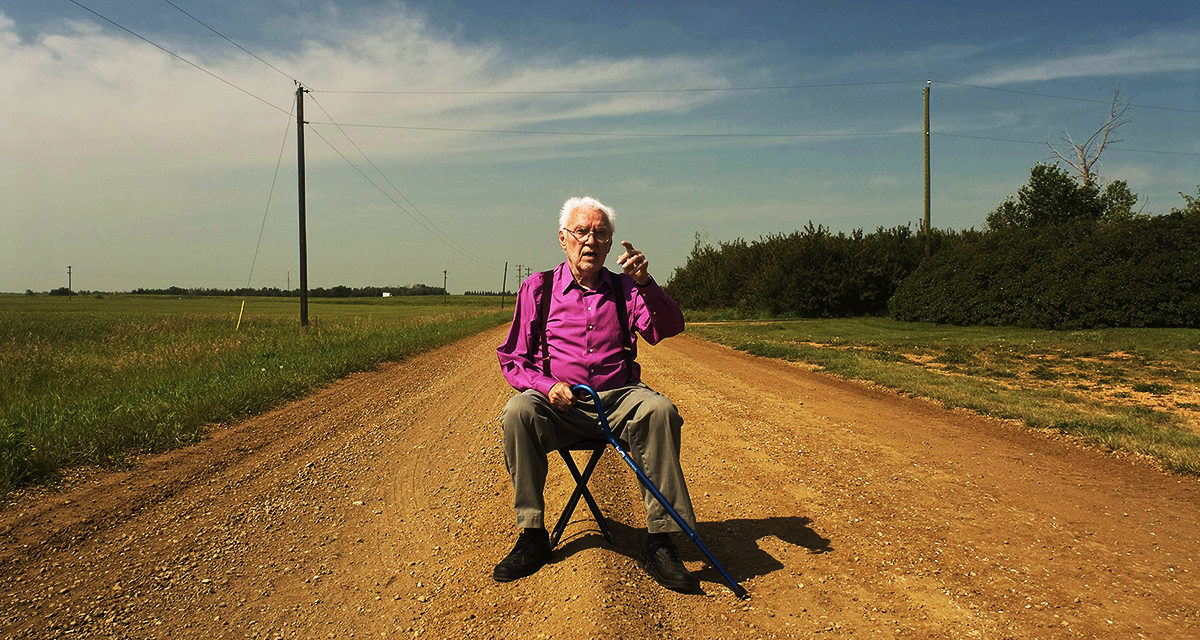 Kroetsch and Cars:  “Floor It”

You always drove cars the colour of asphalt parking lots.  They served as effective camouflage, impossible to find, quiet in their under-studied disguise, locum tenens for your breakaway, your constantly figurative departures.

Your characters rely on cars as a device, use them to escape, use them to careen down endless highways, through roadblocks, up north.

You wanted to be fond of hitchhikers, but knew they were vortexes of misdeed, the wrong side of the road and dangerous for their lack of destination, riding shotgun in a seat that you would rather stay vacant.

You knew how to shift gears, knew when to stop, how to back up just by looking in the rear-view mirror, the practiced conjunction of knee and wrist and their synchronized transfer of energy, the drive train, the choke, the pacing of such gestures in a language all its own, that of farm kids who learned to drive on tractors. You understood that old language, now retro, the way only a few declare, with pride, “I can drive a stick.”

The precision of cars, that you embedded in words: a green Graham-Paige, a Cadillac, a jalopy, Model As converted into trucks or darkrooms or even hayracks.  Mercs and VWS, and smaller cars that argued their own inadequacy.  Pick up trucks with their emblematic gun racks and truck beds for carrying bales or hay or barbed wire.

Do buses count?  You weren’t that fond of bus trips, preferred being able to stop at any odd patch of thistle, to lean over a barbed wire fence and regard the symmetry of a well-made hip-roofed barn.  You took buses to catch buses and missed them as often as you managed to get to where you were supposed to go.

Road trips were your vice and your solace.  Although you used the more prosaic form, the buoyant suggestion of “let’s go for a drive,” as if it were a cure for contagion, a remedy for over-indulgence.

Still life that is not still: landscape from a moving car.  That would be your self-portrait.

Were you much of a driver, Kroetsch, or was your driving like your riding, your habit of falling off a horse that was standing still?  Were you the old guy in a hat, your double, with an old guy’s determination, hands on the wheel and staring straight ahead, down the stripe of a relentless highway?

The answer could be whatever clue lurks in the boot, the back seat, hidden under the dashboard, in the glove box, the side panel.  You were certainly willing to stash a mickey or two, just in case someone suffered an unconquerable thirst or a need to make some poetry, jot some notes.  You kept some car keys on a ring, from your first set of wheels, now rusting on its axles in a lonely junkyard.

You thought of the car as weatherman, the car refusing to start, square wheels in a deep freeze, no centrigual force, the rusty contrivances that only pretended they could wheel to the next lane, no traction, bald tires, bad brakes.

But your faith suited the car as a site of sleep or necking, emblem of the back lane that we all revisit in memory, our first intercourse with carnality, and how back seats taught contortion, intimacy, discomfort, impregnation, consummation.  The rustle of the Battle River out there, through the open window, the shrill mewl of mosquitoes.

Gravel roads record their trackings, raise the dust of memory, the rush of the skid and the instant of vanished control.  We’ve all rolled the car, and emerged, scathed.

Cannot forget the moment of encapsulation, capitulation.  In a car, still in motion, forever.  In Alibi, Julie dies in an accident, in Dorf’s rental car.

Perhaps life is a rental.

And if there is a Mile Zero, there is also a Mile Infinity, anonymous mathematician or not.  What is the opposite of zero but full-speed ahead, damn the torpedoes, bust through the roadblocks, outrun of the Mounties, a lead foot on the gas pedal, and the wind rushing past all imaginary ears.

Driving was your honeymoon, Kroetsch.  Forget bodies or poems, you were in love with the fleeting landscape, the hurry of leisure, the quick license of speed.

And you are still on the road to Lake Winnipeg, or Heisler, or even the Battle River, where any car can plunge off the high shapely ledge of the river, that tilt toward the heaven of the valley.

Aritha van Herk teaches Creative Writing, Canadian Literature and Contemporary Narrative. Supported by SSHRC research funds, she is currently working on a creative place-biography of Robert Kroetsch. Aritha van Herk’s work is particularly recognized for her innovative approaches to prose and cross-genre writing.  She is well known in the broader community of the city, the province, and the country as a writer and a public intellectual.

It was a sideways cocktail party
on the bald Prairie
and we were many.

Then Kroetsch was there, too
but nothing like a ghost
and it was sunset.

Did you ever see anything lovelier?
one of the women asked the gathering
though mostly him.

A few vistas stepped forward
from our sliding memory
but nothing stuck.

Kroetsch walked a little way off
to mull it over alone, we thought
but I’ll be damned if he didn’t
improve the view by half
with his silhouette
grown small and black
against the high line of fire.

The sun descended
into clouds and bobbed
before the whole sky broke with fever.

From the shift of his body’s weight
from one shoe to the other
Kroetsch seemed to say:
Alright time, you old codger
you old cog
with your star henchman
go on, ravisher, and take us!

The sol dropped a half-step behind the line
not at his word, surely
though the darkness seemed to spread
from the returning shadow
which spoke, presently, taking up a cup:

How any view survives
the drowning tide of human departure
is a little beyond me.

And he was among those
last to leave the party.

David Eso is a poet and scholar living in Victoria, BC. His creative writing appears most recently in Canadian Literature, Vallum, and Anti-Lang; academic articles have appeared in Mosaicand Public. Now helping to select poems for the Malahat Review, he co-edited with Jeanette Lynes Where the Nights are Twice as Long, an anthology that contains correspondence by Kroetsch and many of his associates. Along with Chris Masson and Laurie Fuher, Eso became one of Kroetsch’s three final students in the week prior to that author’s passing. Eso’s poem “Incendiary Landscapes” originally appeared in Contested Migrations. Spec. issue of Canadian Literature 219 (Winter 2013): 37-38.