The Comet is Coming

Trust in the Lifeforce of the Deep Mystery
Impulse

The Comet is Coming play a weird and trippy blend of jazz and electronica, with even some rock in there.  And by electronica, I mean like electronic music of the quieter end of the 1990s, less Chemical Brothers and The Crystal Method and more Ninja Tune’s roster.  All three members go by stage names, Denaogue, Betamax, and King Shabaka.  Shabaka is a towering presence, and plays one mean saxophone.  If he played a guitar instead, The Comet is Coming would be stoner rock.

Shabaka is actually Shabaka Hutchings, one of the leading lights of jazz music, and has lended his talents to everyone form Makaya McCraven to Sun Ra.  We’re talking one heavy dude, and a brilliant musician.  Denagogue and Betamax, then, provide the earthly soundtrack to Hutchings’ wanderings. Dan Leavers is the keyboardist, Denagogue, and Max ‘Betamax’ Hallet rounds out the trio on drums.

Trust in the Lifeforce of the Deep Mystery is not just good advice for living, it’s their sophomore album, after releasing Channel the Spirits back in 2016.  It was shortlisted for the Mercury Prize, losing out to Skepta’s brilliant Konichawa.

Trust… starts off with a nearly five-minute prelude, ‘Because the End is Really the Beginning,’ which is an earthy and eery collection of electronic noises and rolling drums, to the point where it sounds almost like the soundtrack to an Ed Wood film.  Hutchings’ sax floats over in an ethereal manner, drifting to and fro over the music.  The first real track, ‘Birth of Creation,’ is a loop of pulsing bass and Hallet’s drums over which Hutchings drops this absolutely brilliant clarinet line.  This isn’t just a good song on this album, it is one of my favourite tracks I’ve heard in the past few months.  The soundscape that Hallet and Leavers creates is vaguely creepy, slightly threatening, and eery.  The bass creeps, the drums loop.  Hutchings brings the levity that takes this from what could be a backing track for Tricky c. 1996 to something new and beautiful.  ‘Summon the Fire’ is a much funkier take on the themes we’ve explored thus far, which, of course, speak to creation.

Kate Tempest makes an appearance on ‘Blood of the Past,’ which starts wish a shimmery keyboard before Hallet brushes his cymbals and then a vicious bass line pulses out from the speakers.  And as the soundscape loops in a mixture of funk and electronica, Hutchings once again riffs over top.  And then Tempest’s filtered voice emerges, their mix makes her sound more ethereal than street.  And in this casting, she is an optimist, even as her words are not.

More so than most music today, so much of which is created to be discreet parts of a whole, or disposable, Trust… is an album that demands continuous listening, the songs blend together, they float on a plane above the easy digestion of pop culture.  This is some seriously brilliant music, mes ami(es). 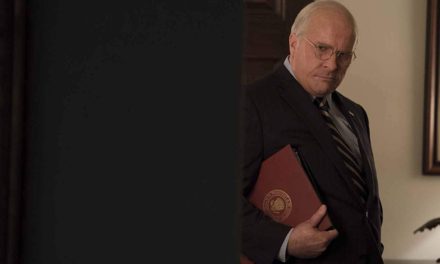