Canadian hip hop has, to an extent, been ruined by Drake.  This isn’t Drake’s problem, he’s a singular artist, with his own vision and unique cadence.  The problem is that nearly every young Canadian hip hop artist sounds like him, both in terms of rhymes and beats.  Doesn’t matter if it’s in French, either, as in the case of Montreal’s potentially brilliant La Carabine.  It makes sense, though, Drake is the first Canadian hip hop artist to break into the stratosphere and he has become ubiquitous representing his hometown of Toronto.

The other problem with Drake is that he eclipsed all the wicked good hip hop that’s been coming out of Canada since, well, forever.  Canadian hip hip has tended to be more cosmopolitan than its American cousin, in tune with sounds and rhymes from Britain, France, as well as the Caribbean.  It’s not for nothing that British DJ label Ninja Tune had its North American headquarters in Montreal.

Cadence Weapon is a veteran, his previous three albums have been nominated for the Polaris Prize, though he has lost out all three times (in some questionable choices, I must add, how Final Fantasy’s He Poos Clouds could be considered worthy of anything is beyond me).  He’s also a man of many talents, he’s a writer, a poet, a multi-media artist.  Indeed, he was even the first official Poet Laureate of his hometown of Edmonton.  He then moved to the Mecca, Montreal, where he got deep inside the club scene, hanging with DJ Kaytranada, and coming to realize the problems with the scene in Montreal (or anywhere, frankly), in terms of racism and sexism.  And while he’s moved on, to Toronto, Montreal is the tableau upon which he makes this album.  For me, an expat Montrealer, I’ve got to admit, it’s nice to hear him on ‘Five Roses’ rap about my old neighbourhood, the Mile End.  The Five Roses, for those of you not Montreal knowledgable, is an old neon sign down in the Old City, the Five Roses flour mill.  It’s kind of emblematic of the city (Montreal’s own The Peelers, a Celtic punk band, have a track with the same title on their last album).

I’ve always dug on Cadence, in part because when he first bust onto the scene back in c. 2006, he was full of this bursting youthful vitality, ready to take on the world.  Now, in 2018, he’s more mature, but he’s lost none of his edge.  His lyrics remain thoughtful, and his versatility comes through on nearly every track, as he shifts his flow over and over.  There’s a tinge of old school hip hop on here, the boom/bap comes through on some tracks, but then we get those deep, sludgy beats that define the music these days (think of Shabazz Palaces).

It’s a fine balancing act, to maintain the exuberance of youth with the maturity of age (he’s in his early 30s now), and Cadence pulls this off here.  He’s walked a unique path in Canadian hip hop, through his poetry, multi-media work, book publishing.  Check him out. 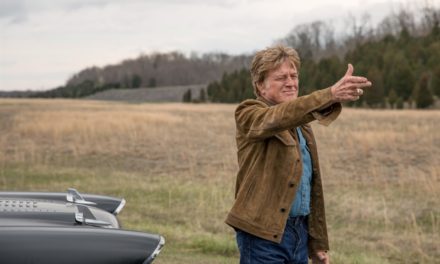 Film Review: The Old Man and the Gun 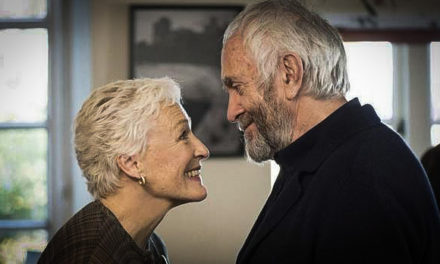