Michael Caan’s tribute to incorrigible driving is our 22nd installment. Built on repetitions with a difference, “Sestina on Doing One Hundred and Forty on the 405” puts pedal to metal, dramatizing the risks that accrue value with time.

Sestina On Doing One Hundred And Forty On The 405.

The speedo pegged at 130 and man that felt fine.
I was twenty-one, an age when a guy’s just got to speed.
Forty-five years later I’m on the 405 again, same wide cut
through the Valley where I’d gone so fast.
The Sierra foothills frame the shimmering asphalt.
The traffic, for a change, is light.  Baby, it’s time.

Forty-five years at the wheel’s a long time –
lots of detours, some went well, a few not so fine.
Once, in a doc’s office, my future looked bleak as cracked asphalt.
It’s the wrecker yard, he said, you’re done with speed.
Surgery days after the diagnosis, that doc moved fast.
A crooked back road of stitches where he cut.

But man, that doc was wrong!  A scar’s all that’s left from that cut.
Forget running on fumes, damn gauge was off and it wasn’t my time.
Hooked up jumper cables: yoga, dance, a shrink, and got restarted fast.
Shifted back into high gear, but not all was fine:
divorce lawyers charge hourly and you can’t get those guys to speed.
House gone, wife gone, nothing left but to hit the asphalt.

I’m back on the 405, back where I drove so fast,
maxed out, wind buffeting the asphalt,
twenty-one then, single, in a hot car and feeling fine.
It’s Sunday morning and the 405’s an empty cut.
I shift down and floor it like the last time.
Under the hood 400 horsepower rev up and speed.

I do 140 easy, well past my old top speed.
Wish I’d seen the CHP going the other way fast,
but baby I was having too good a time.
Didn’t take him long to hang a U-turn on the divider asphalt.
That some shit trucker turned me in was the worst cut.
Still, got off pretty light: six months probation and a $500 fine.

Do I regret at my age nailing the 405’s asphalt?
Hell no, man!  If my fast run hadn’t been cut
my top speed would’ve been even more fine.

While in his twenties, Michael Caan was required to appear before the California DMV where he was asked if he knew the meaning of the word “incorrigible.” He has a PhD in physics from UCLA and did research at NASA before founding an international medical rehab company.  He is a licensed massage therapist, hospice volunteer, visits hospitals with his therapy dog and dances Argentine tango.  He has been published in the Porter Gulch Review and the Wine Spectator. 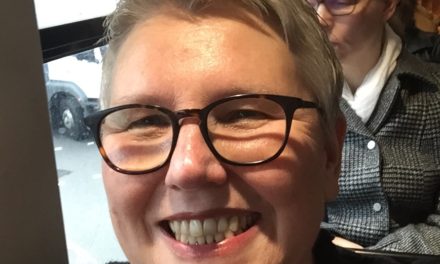 Company, and the journey by Susan Rudy 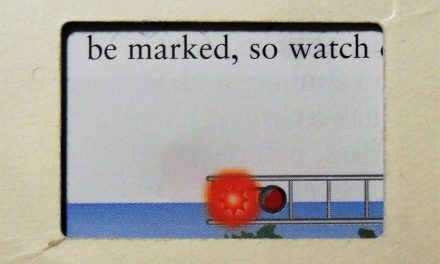 Montage of Life in a Screen by James Quinn