Walks Ins (And What Follows) by Joshua Halberstam

Anti-Genre #7 plays with the concepts of “Walk Ins.” Halberstam’s speakers often find themselves caught in the act of interrupting others who are doing something private that they would not want us to see. Other times, his “walk-ins” recall the new-age concept of a person whose original soul has departed his or her body and been replaced with a new, ostensibly more advanced soul. Weirdly philosophical snoops, Halberstam’s speakers give us the uncomfortable pleasure of interloping on fictional lives.

WALK INS (And What Follows)

He looked to his right then to his left and seeing no one he walked into heaven.
A siren went off.
An old woman came hurrying toward him.
“Old face, younger legs,” the man thought.

The man just stood there, recognizing his disadvantage.  He assumed she knew what came next.  His own best guess was no better than his worst.

“Your name? What is your name?” she asked.
She didn’t know his name.  So he relaxed a bit.

“Alexander.”
“And, dear Alexander, do you know into where you have trespassed? Or tried to?  Can’t you read the sign?”

“What sign?”
He turned and saw it clearly there on the side. In big letters. ‘Heaven. No Entry. Trespassers will be punished to the full extent of the law!!’  He noted the two exclamation points.

“Didn’t see it,” he said and shrugged his shoulders.  “Now what?”

“Now what?” said the well-aged woman tapping her foot.   “Now is when you come with me.”  She waved four fingers toward her palm, “Follow,” she beckoned.  “The law is the law.”

He followed her surprisingly young legs to a staircase that led down to somewhere.

At the pharmacy a woman walks in and asks for a pregnancy test kit. You can’t tell if she’s tightening her fist in hope or in fear.

It’s an oddity, she is well aware, her being a young woman selling cigars.

The customer who just walked in is a first-timer.  Serena can tell by the way he looks around. Confused like.

He is struggling not to look like the novice he is, which, of course, makes him look like a novice.

“Sure. Thanks,” he says. “What would you recommend?  You know, nothing too expensive.”

“Are you looking for something on the stronger side? Or milder?”

He raises his eyebrows and shakes his head a centimeter side to side.
“Something in between.” he says, more like a question.

“Does it make a difference?” The eyebrows up again.

Not bad eyes. Marine green, she’d describe them if asked.

“You’re new to cigars,” is what Serena does say. “Good. Everyone is at one time. “

“Always a first time,” he repeats, gravely, despite his forced smile.

Hey,” Serena thought to say. “ Lighten up. This is cigars we’re considering. Not the arc of human relationships.”  But what she says is,  “The first thing to notice is the wrapper, the  ‘cappa,’ as it’s called in Spanish.”

Serena moves closer to the young man and holds out a cigar. “Check out the color.  Most important is that it has uniform texture, without tears, you know, without rips.” She takes  a step back.   “Wrappers are frequently grown underneath huge canopies made of gauze so as to diffuse direct sunlight. They are then fermented separately to produce a thinly-veined, smooth, supple leaf.”   She secretly offers a prayer of thanks to the gods of Wikipedia.

“Size is a choice as well,” she continues, professorial-like, mimicking her college teacher in her Immigration and Urban Crisis class.

“The size of a cigar is measured by two dimensions: its ring gauge and its length in inches.”

“So size matters,” he says, embarrassed by his so obvious comment.

Serena offers the expected coquettish smile in response.  “Sometimes a cigar is just a cigar.  And yes, in this instance—as well— size matters. Ring size too. Many prefer a thicker ring, but some like a smaller ring. It’s a matter of taste. ”

The young man, for his part, looks bewildered. Not sure what comes next.

Serena adopts a officious pose.  “This is a good cigar for the money,” she says with authority and shows him an Arturo Funte Chateau.

‘Remove the cap? I suppose so,” he says.

“K, “ Serena says waving her fingers over her shoulder. “This way.  Follow me.”

He does.  Smiling hopefully.

One late Friday afternoon a man walks into the restaurant, sits across from a woman and soon says,  “Sorry, honey, you know I have Ben tonight.” So you surmise he is divorced.

“Oh sorry. Didn’t notice you. I was lost in thought.”

“And one gets here how? I’m not following.”

“ Yes, you don’t get here by following. As I say, here is where you arrive when you’re lost in thought.”

“Thought is a place?”

“Thought is a place.”

“Hmm, sorry, but you’re losing me.” The man wants to be polite. He doesn’t want to seem stupid. But he does not understand.

“Yes, I think so. It’s always the past tense, “I was lost in thought.”

“Though I suppose other people can recognize that you are lost in thought in real time. Isn’t that right?”  (It’s the one with the distinctive grey fedora who just said this. In case you weren’t following.)

“Real time. Right. What a notion, As they say, ‘reality, what a concept!,”   The hatless one continues.    “And did you ever notice that a person is lost either objectively or subjectively. You’re lost when you think you’re on the right path but aren’t, or even when you are on the right path but you don’t know you are. Sorry, I tend to philosophize, run-on. Anyway, when you stroll around here, in thought,  you rarely  meet up with someone else meandering about. That’s why it’s a pleasure to run into you.”

“Today, perhaps. Yesterday was downright awful. For me, at least. I come here often. Way too often I’m told.”

“As I say, way too often if you ask my wife or children, my colleagues at work   But I do like it here.  What do you say we walk together for a while? This way.”

“This way,” the man with the grey fedora repeats to himself, happy to follow.

“Sorry to walk in on you like this,” she says to the two women in the bedroom where the coats are piled on the bed and chairs.

“I’m here to report that the living room is bristling with boredom. Even the kitchen is crawling with boredom, everyone trying so hard not to try hard. ‘Tis the tedium of charm.”

She sits on the edge of the bed.

“My apologies again for encroaching on you like this, you two seem engrossed in….what? Each other?  Are you two lovers? Just friends imaging yourselves lovers?   Just lovers imagining yourselves friends?  Don’t tell me. One of you wants to be just friends, the other just lovers. Let me guess. You. I bet it’s you who is the lover wannabe.  Something in the half-closure of your left eye.  Maybe that.”

She sips from her glass.

“Hey, I drink to make other people more interesting. Will you two be interesting? So, let me ask you this:  Do you two shake hands before fights? H.L. Mencken — he of those precious upper-crusts who make their way with initials for first names—remarked that when women kiss it reminds him of prizefighters shaking hands.  Yes, H.L., but prizefighters shake hands at the end of a fight too… not us ladies.

“Okay, I’m being presumptuous, walking in on you like this.  For compensation, I leave you with a word I learned this morning:  Deipnophobic.  Huh? The phobic part is easy– no points for that. It means the fear of dinner parties.  A justified phobia if ever there was one.

“And so, fair ladies, I depart.  I can see you, too, will bore me.  No need to follow – in fact, you ought not follow.  I shall wander alone, walk in on others, ever hopeful.” I write and also profess. Or, I’m a professor who also writes. It depends on the occasion, the dinner guests, the party. The first description used to win me the more appreciative nods, but, of late… neither is especially evocative. I could dissimulate and try accountant or software engineer.  But, nah.   Body-shop mechanic? Well, maybe. Can I pretend that career too?  {If you really care for real details —and why the hell should you? --  go google google do. You’ll find me alive  among the  virtual dead.) 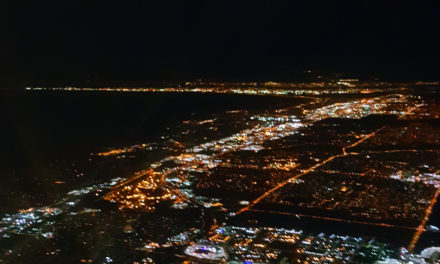 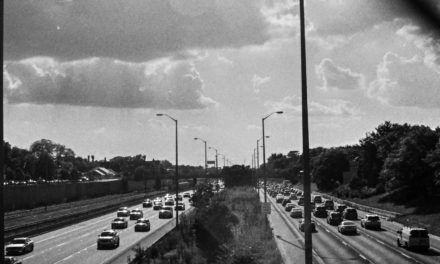 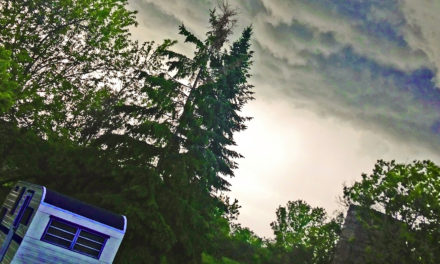 My Back Pages and Morning Fog by John Savoie