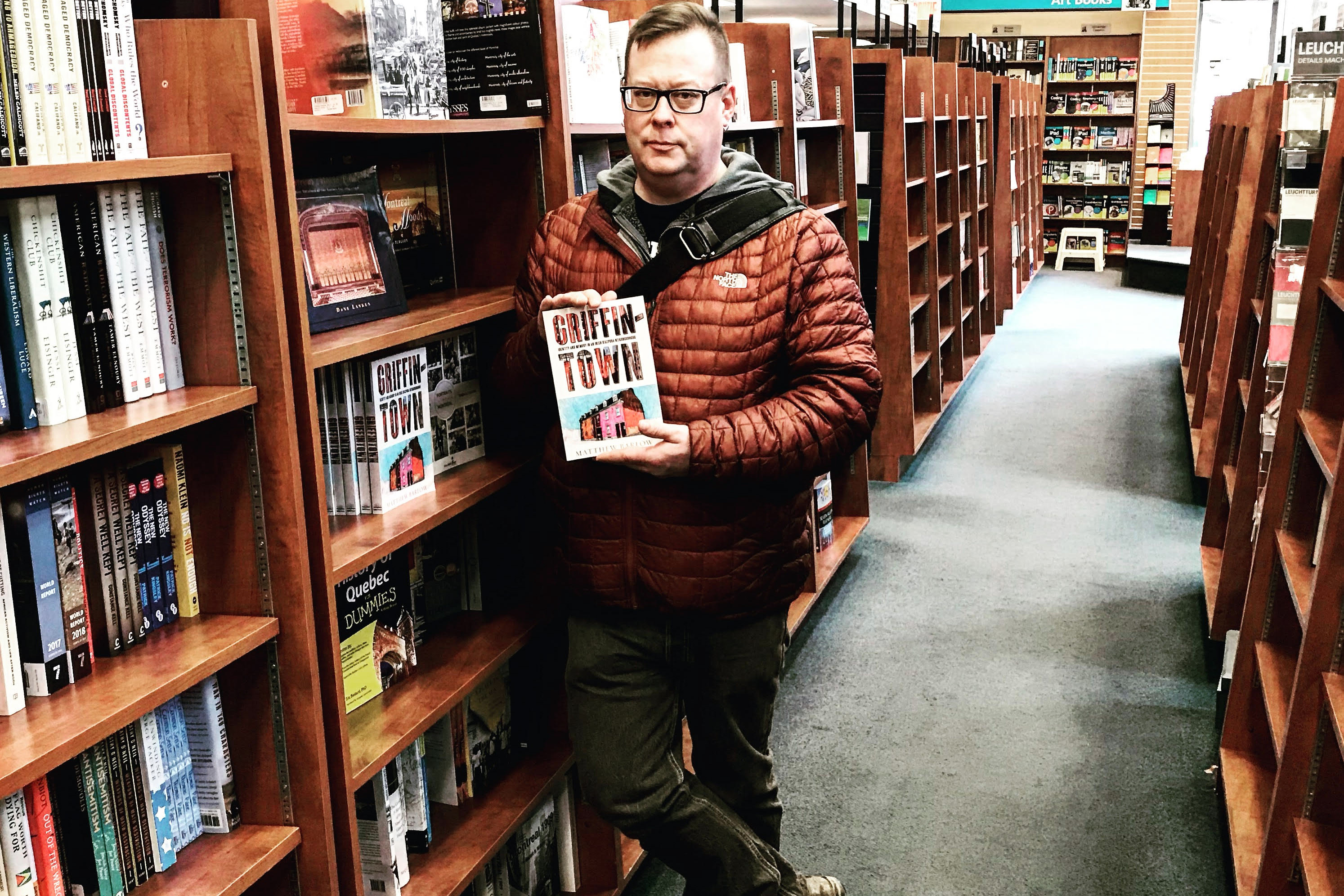 Matthew Barlow with a copy of his book at Librarie Paragraphe in Montreal. (Photo courtesy of Matthew Barlow)

The Canadian Historical Association awarded Politics/Letters Music Editor Matthew Barlow the Clio prize for his book Griffintown: Identity and Memory in an Irish Diaspora Neighbourhood, at its annual meeting in Regina, SK yesterday. The prize recognizes meritorious publications or for exceptional contributions by individuals or organizations to regional history. Barlow won for the Quebec region. Each year, the CHA awards Clios for five regions across Canada.

In social media, Barlow expressed shock at the announcement. “I am in some pretty heavy-duty company,” he wrote “This award was completely unexpected and shocking. I am kinda overwhelmed.”

Griffintown is a deft social and cultural history of the historically Irish-Canadian neighborhood in downtown Montreal. Barlow weaves a compelling narrative of immigration, place, community memory, and community pride together with hockey, Quebec politics, and urban decline. Although it focuses on a small neighborhood, erased from the map of Montreal by demographic change and urban development, Barlow’s book speaks to much broader narratives.

“It’s about the intersection of history and memory,” Barlow says. “The location matters less than the larger story, Griffintown is a universal neighborhood.”

An energetic public historian – as well as a champion of Griffintown’s memory – Barlow has collaborated with filmmaker G. Scott MacLeod on 21 Short Films About Griffintown. He currently teaches at the University of Massachusetts Amherst.

Griffintown: Identity and Memory in an Irish Diaspora Neighbourhood is published by UBC Press.